Thought pieces from Pieces
Posted in Nonprofit, Healthcare By Lauren Usrey Posted on May 6, 2021

Throughout the COVID-19 pandemic nurses have been heroes, working on the frontlines to care for patients and battle the virus. Their already critical role in a patient’s care journey became more important than ever during this public health crisis. Nurses are responsible for a diverse set of responsibilities when it comes to patient care and have had a long history in health care. National Nurses Week takes place each year beginning on May 6 and ending on May 12. This week honors the hard work, compassion, and strength of nurses across the country.

Almost everyone knows a nurse in their life and every nurse out there has made a difference in someone’s life. In honor of National Nurses Week, we are recognizing a few nursing trailblazers who laid the foundation for nursing as we know it today. 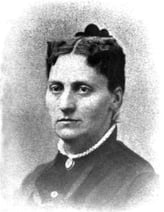 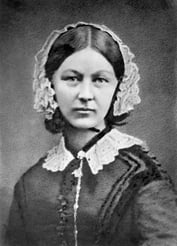 Florence Nightingale was a legendary nurse and social reformer. Her views on sanitation changed modern healthcare for the better. Nightingale worked to improve the conditions and overall cleanliness of hospitals, which lowered death rates. She was an advocate for the poor and believed the idea that healthcare was a human right. Nightingale’s passion for improving the lives of underserved populations and achieving health equity is inspiring for all of those who work to address social determinants of health.

Clara Barton was an American nurse who founded the American Red Cross. Dedicated to helping others, she began collecting supplies for Union soldiers during the Civil War and later began working as a nurse. Barton learned about the International Red Cross while traveling in Europe and then made it her mission to have the United States participate in the efforts. Barton eventually generated enough support and the American Red Cross was founded in 1881. Clara Barton dedicated her life to improving the lives of others. Barton’s work to establish the American Red Cross represents a major milestone for nonprofit organizations in the US.

Virginia Henderson was a nurse focused on supporting the independence of patients, so that they can remain healthy and continue to reach their goals after leaving the hospital. Her Need Theory had four major concepts: the basic needs of the individual, an individual’s environment and its conditions, an individual’s health, and nursing. Her contributions to nursing are still practiced today. Henderson's work to prepare patients for success after discharge from the hospital was important because 70% of health outcomes are contributed to factors outside hospital walls.

Thank you nurses for all you do!